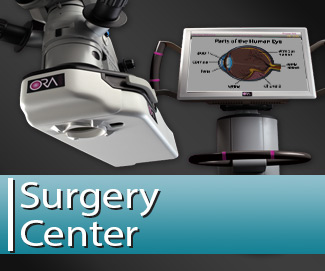 One of the most common reasons patients schedule an exam is because they notice new floaters or flashes in their field of vision. Typically, these appear as small specks floating around the vision that many will describe as like seeing “gnats” in the vision.

The best way to describe a floater is to understand the clear “gel” called vitreous that fills the eye. This gel is not like Jell-O, but is tissue that has collagen strands separated by a clear gel called hyaluronic acid. As we get older, this vitreous gel begins to break down into liquid and separate from the collagen framework. As this framework of vitreous contracts and the fluid leaks out, it collapses and the fibrils combine together and you begin to see these as floaters. This liquefaction of the vitreous and the collapse of the vitreous is called a “posterior vitreous detachment”.

The major difficulty with the development of floaters and flashes is with the contraction of the vitreous. This can cause traction on the retinal periphery and may result in a tear in the retina that can lead to a retinal detachment and subsequent loss of vision requiring surgery.

Patients with flashes and floaters should seek a dilated ophthalmologic examination. This is to rule out the possibility of a retinal tear or detachment and to make certain that symptoms are related to a simple posterior vitreous detachment without severe complications. Most patients do NOT develop a retinal tear and/or detachment and only see floaters, which are harmless but can be annoying, particularly against a blue sky or when reading.